Another Tray, another post
The Thoroughblades, are now just ghosts.
The chain is broken, The Mask says, "Smokin!"
To Macon Whoopee 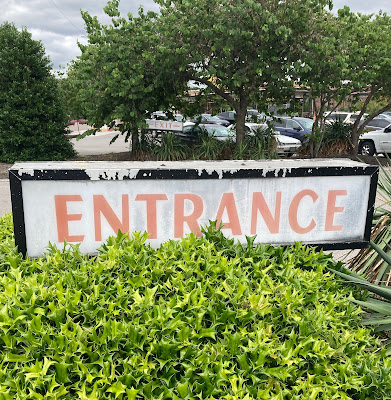 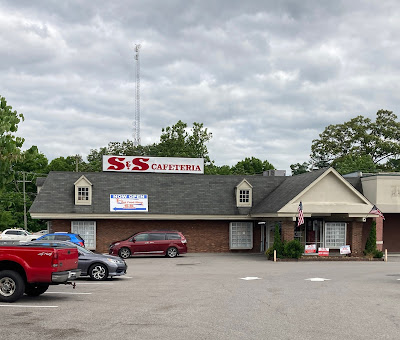 I have little interest in sports, but I can appreciate a cleverly-named team as much as I can ironically enjoy a not so cleverly named team, which is to say, a nontrivial amount in either case. I feel roughly equal amounts of delight at the names of two minor league hockey teams that similarly popped up in small southern cities in the ‘90s, but for different reasons, as their respective names occupy opposite ends of the cleverness spectrum.

The seemingly carelessly named Lexington Thoroughblades were the new local hockey team during my youth in Central Kentucky. They played downtown in Rupp Arena, named for the University of Kentucky basketball coach Adolph Rupp (born 1901). The Thoroughblades’ name was seemingly a portmanteau of “Thoroughbred,” a nod to the thoroughbred racehorses that are raised in the rolling verdant pastures on the outskirts of Lexington, and “Blades,” which are the sharp metal dealies on the bottoms of ice skates. During my middle school years Thoroughblades games at Rupp Arena were heavily marketed, and at most, moderately attended by Lexington’s tens of hockey fans. Somewhat fittingly, the Thouroughblades had something in common with Adolph Rupp starting in his mid 30s, an unfortunate name. The general consensus among my peers at the time was that “Thoroughblades” was a stupid, contrived name, and my opinion hasn’t changed in the two odd decades since. The clunky half-pun of a team name evoking the incongruous image of a horse precariously balanced on two pairs of ice skates, one hip check away from a broken leg and a bullet between its big brown eyes did little to interest Lexingtonians, myself included, in hockey, but a clever team name does not a successful hockey team make.

A day’s drive down I-75 in Macon, Georgia, however, another minor league hockey team came into existence in 1996, the same year as the Thoroughblades, but unlike their Lexington counterpart, Macon’s hockey team had the best name for a sports team I’ve ever heard. Their mascot was a whooping crane, and they were known as The Macon Whoopee. (Get it?) Furthermore, their team insignia featured both a whooping crane and a bee, evoking “The birds and the bees” in a second punny nod to 1970s game show-friendly sexual euphemisms. Despite an infinitely more clever and endearing name, the Macon Whoopee folded in 2001, along with the Thoroghblades, almost as if there are other, more complex factors beyond a name that make a successful hockey team.

This of course isn’t a blog about extinct hockey teams. There’s a whole subreddit for that, but I had the Macon Whoopee and their contemporary nomenclatural antithesis on my mind a few weeks back when I was in not Macon, nor Lexington, but another small, southern city,  Knoxville, Tennessee, where I ate at a surviving S&S Cafeteria location. S&S Cafeteria’s corporate offices, like the Whoopee are based in Macon, Georgia, and like Adolph Rupp, namesake of the one-time home ice of the Thoroughblades, have a name that was innocuous at their inception, but became unfortunate at around the same time and for the same reasons.

J.A. “Smitty” Smith Junior opened the first S&S Cafeteria in Columbus, Georgia in 1936. S&S stands for “Smith and Sons,” and fittingly, Smitty’s descendents are still involved with the company today. Near as I can tell, the small, regional chain peaked at somewhere north of 20 locations in the mid 1980s, and six survive today, qualifying it as a broken chain. After visiting surviving Sign of the Beefcarver, Morrison’s, Piccadilly, and MCL locations, I’ve come to appreciate old fashioned cafeteria dining experiences, that are increasingly difficult to find, as cafeterias, and the malls they are often attached to, fall out of favor.

I arrived at the Knoxville S&S for an early dinner on a Sunday afternoon. The exterior of the inconspicuous building with neocolonial touches had the familiar funeral home aesthetic that is common to cafeterias. Just as I was nearing the front door, a grandmother with all of her young grandchildren, and all of her young grandchildrens’ best friends piled out of the Chevy HHR into which they had been implausibly crammed. Not wanting to be stuck in the cafeteria line behind a large group of children who were likely to be both unruly and picky about the food they received in the serving line, I took a moment to appreciate the dated aesthetic of the weathered, but still eye catching signage outside, taking a leisurely course through the parking lot, lobby, and into the serving line where I was afforded a buffer of several adult customers separating me from the throng of kids supervised by a lone matriarch. As I worked my way through the labyrinthine path of brown tile flanked by painted brick and wallpaper, I took the time to appreciate the displays in the bay windows along the way that featured both a patriotic themed tableau and another created in tribute to the local (non hockey) sports team.

It was in between peak meal hours, and the line was both short and fast-moving, and in no time at all, I was greeted by a stack of vivid blue-green cafeteria trays that looked roughly as modern as the sign on the building. I picked one up along with some matching blue Jello, and some deviled eggs as I shuffled down the serving line. I selected chicken Tampico as my entree after deciding against the turkey and dressing, as the white cream sauce in which it was floating looked questionable, and bore little resemblance to turkey gravy. The real-life equivalent of the Squeaky-Voiced Teen on The Simpsons was working the entrees portion of the serving line, and asked if I wanted some of that same sauce on top of my chicken. I wasn’t sure it belonged on the chicken, but my curiosity was both piqued and morbid, so I asked for it on the side. Some baked squash and mac and cheese found their way onto my tray when the guy working the sides portion of the line, who incidentally had the appearance and bearing of an actor portraying a rascally southern senator in some forgotten political thriller, asked what he could serve me in a Foghorn Leghornish Tennessee drawl.

I made those selections after noting a good many of the vegetables on display had the pallid, overcooked appearance of something that had spent time sealed in a large, industrial-sized can, and not prepared fresh in the manner of the various cafeterias I had visited in the past. I selected foods that required preparation beyond opening a can and adding heat in hopes of finding side dishes greater than the sum of their respective parts.

As I was patting myself on the back for choosing my side dishes wisely, a slice of pecan pie somehow materialized on my plate, and I reached the end of the serving line. When someone I took to be a cashier printed out a ticket with my selections and a total price, I reached for my wallet, but she informed me that I was expected to pay at the epilogue of my meal, not at the end of the table of contents where I was standing. Making a mental note of this to prevent another inadvertent dine and dash faux pas like the one I had after enjoying a succulent steakhouse meal at Western Sizzlin, I thanked her, and informed her it was my first time there. In response, she produced a soggy flyer from her apron with a detachable punch card on the end and told me I’d get a free meal once the card had reached a sufficiently swiss cheese-like state. I thanked her and proceeded onward.

I walked, with my loaded tray, to the dining room, which was adorned with large artificial trees scraping the top of the high drop ceiling just above the railings of a seemingly inaccessible mezzanine. I’m not sure of the aesthetic they were attempting to evoke with this decor package, but it felt both distinctive and anachronistic. I doubt it had changed much in half a century, give or take a decade, and I’m glad that it hadn’t. I found a table far from the aforementioned grandma and her throng of grandchildren, both biological and honorary, and my server quickly appeared and introduced herself, returning with some butter for the roll that had apparently also materialized on my tray.

With one notable exception, the food was inoffensive. The chicken Tampico, unlike most iterations of the dish that are doused in a cheesy sauce, was simply topped with jalapenos and melted cheese. The addition of the questionable cream sauce lent it a more conventional texture however, and the pickled pimentos floating in the sauce echoed the flavor of the Jalapenos. The deviled eggs and blue Jello were an adequate appetizer and palate cleanser, respectively, and the pecan pie, while not the best I’ve ever had, was far from the worst. The baked squash casserole lived up to my low to moderate squashy expectations, but it was the macaroni and cheese that was the real standout.

Longtime Broken Chains readers may recall that I always get macaroni and cheese at cafeterias hoping that what I find will come close to the perfection that is the macaroni and cheese at Morrison’s cafeteria, and so far, not one cafeteria’s mac and cheese has even come close to being a contender for Morrison’s title. If Morrison’s mac and cheese were a minor league hockey team name, it would be the Macon Whoopee. Sadly, the mac and cheese at S&S was more of a Lexington Thoroughblades situation. What should have been a creamy cheese sauce had separated into lumpy curds and grease separating dry, chewy noodles. Not to be outdone by the texture, the flavor was unpleasantly pungent and salty. My findings were confirmed by the woman sitting two tables over who flagged down her server to ask to exchange her mac and cheese for another side. Unsure of which canned vegetable I’d select to replace my mac and cheese, I declined to follow suit.

As a frequenter of cafeterias and a sucker for the subtle marketing of food presentation, I rarely find myself leaving a cafeteria less than $25 poorer. When I concluded my meal and paid the actual cashier situated in a little booth by the exit door, I was pleased to find that my meal had come to $16 and change. (I was also amused when the cashier tried, and failed, to punch a hole in my newly acquired and still-moist punch card.) It was then I understood the appeal of S&S. The food is passable, just, and there are certainly better places to eat, but S&S knows what it is and sets its prices accordingly. Had I skipped dessert and drank water instead of Diet Pepsi, I could have been out the door for ten bucks before tip. I don’t know that I’d go out of my way to eat at S&S again, but I’m glad I experienced it once. The charmingly antiquated atmosphere made the meal memorable, if not overly palatable. I think that’s the magic of S&S. Like so many of the places I visit, it’s a time portal back to when people cared less about fresh food, and a couple of oversized artificial trees and a fake atrium were all that was needed to make a meal of canned vegetables and dolled up chicken breast feel premium. If this is all you go in expecting, you won’t be disappointed, and it’s worth experiencing at least once, likely the way a Thoroughblades or Macon Whoopee game would have been back in the late ‘90s. I suspect that S&S is getting by on the nostalgia of people who grew up eating there, which won’t last forever, so it’s well worth experiencing while you can.