A Narrative From When I Was Tiny 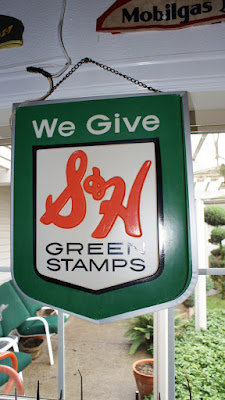 Back when my raging social anxiety and moderate misanthropy were my only obstacles to in-person social interaction, I would often be asked how my interest in tracking down the surviving locations of mostly defunct restaurant, and occasionally, retail chains began. In many answerings of this and similar questions, I honed a boilerplate response that would be something to the effect of, “I liked to eat at Taco Tico and G.D. Ritzy’s when I was a kid in the ‘90s in Kentucky. All the locations of those two chains near me closed at around the same time, and when I discovered, years later, that there were surviving locations of both chains, it made me wonder what other survivors may be out there.” I’d then credit the late, great Evil Sam Graham’s work in the fast food blogosphere for being my inspiration to document my adventures in writing, and then excuse myself from the conversation as graciously as possible in accordance with the aforementioned social anxiety and my strict upbringing in a culture of honor.

While my carefully crafted response was the truth and nothing but the truth, however, it did not reflect the whole truth. It showcased merely the most prominent threads in the tapestry of my fixation on anachronistic restaurants and stores. In actuality, a veritable panoply of experiences led to me becoming the very specific type of nerd that I am today, and since I can’t exactly take a multistate road trip to eat inside a restaurant without posing a significant risk to myself and others these days, I thought I’d reminisce about one of my earliest experiences visiting a surviving location of a broken chain instead.

It was my Aunt Sis who introduced me to G.D. Ritzy’s in the early 1990s, shortly before it became a broken chain. She was often gracious enough to take me and my younger brother on various outings, not only to G.D. Ritzy’s but also to movies and on Christmas shopping trips anytime my parents required respite from the daily horrors of raising children. One day out with Aunt Sis in particular sticks out in my mind as one of my earliest, perhaps my first encounter with what was then a broken chain.

During my elementary school years, Aunt Sis’s mother, my paternal grandmother, Granny Nova Scotia Actionsdower was in her late 70s, living alone in Stanford, Kentucky. My father and aunt would each try and make the drive down from the Lexington area once a week to check in on her and help with household chores, as did her other son, my uncle, and my numerous adult cousins, all of whom lived nearby in and around Stanford. On a spring day in the mid 1990s, Aunt Sis saw fit to bring me along on a trip to Granny Nova Scotia's house instead of our usual lunch and movie, perhaps in an effort to assassinate two proverbial pigeons with the same pyrite. Even in her prime, Granny was a mediocre driver, and she relied on friends and family to chauffeur her on out of town excursions by the time she was deep into her retirement years.

Granny was an avid collector of S&H Green Stamps, trading stamps used as a marketing tool by various small businesses to various extents throughout the 20th century and to almost no extent by the dawn of the 21st. The stamps were sold in bulk to business owners who would then give them out to customers in proportion to the dollar amount of their transactions in an effort to attract new customers and encourage existing ones to spend more. Customers then collected the stamps, often pasting them by the hundred in special green stamp books. They could then trade them for items from the S&H Green Stamp catalogs as well as brick and mortar Green Stamp stores. If you’ve ever saved Pepsi points, Camel Cash, or any chain restaurant loyalty points, the concept is similar, except, multiple unrelated businesses gave out Green Stamps and/or other brands of trading stamps regardless of which items a customer purchased. Trading stamps gradually began to fall out of fashion in the 1970s, and things like rewards credit cards serve a similar function today.

Back in the mid 1990s with Aunt Sis and Granny Nova Scotia, Green Stamps still existed, but were clearly a relic of another time and not long for this world, not unlike Granny Nova Scotia herself. The only business I ever witnessed handing out Green Stamps was the bizarrely old fashioned pharmacy in my hometown that still had a working art deco soda fountain and lunch counter and shelves stocked with decades-old brittle and yellowed packages of Brylcreem and Ipana. Naturally, Granny Nova Scotia enlisted my father to have all of her prescriptions filled by the crusty old pharmacist who ran the place just like his crustier older father before him so she could reap the Green Stamp rewards. She had likewise enlisted Aunt Sis to drive her 35 miles south to Somerset Kentucky on the day in question, with me in tow, to the nearest Green Stamp store, which had recently announced its impeding permanent closure.

Truth be told, I don’t remember much about the visit to the store itself other than vague memories of standing in a long line amid half-bare shelves in some tiny, nondescript storefront in a strip mall, but the experience gave me a lasting appreciation of the then vanishing, now extinct, concept of trading stamps and perhaps also instilled in me an interest in tracking down the businesses that offer a glimpse into a different time, and whose brands still manage to exist in some small way despite overwhelming odds to the contrary. It was then that I had my earliest inkling about the broken chains that may still be out there hiding in plain sight. I like to think I had the foresight to make a mental note to look into that 20 to 25 years later, but I very likely didn't.

As if to really emphasize the lesson that a handful surviving locations of a chain often last long past the majority of their brethren, our next stop after Granny cashed in her Green Stamps was at the Somerset Kmart. Granny At the time, Kmart was still a relevant retail brand, merely approaching the precipice of its ultimate decline, but I recall the visit to that Kmart being a nostalgic experience for me even at the tender age of 8 or 9 since the only Kmart my family would ever visit with any regularity was the one in Nicholasville which had closed a year or two before.

It was late in 2018  when I learned that the Somerset Kmart was still open for business, and was the only Kmart I had visited as a child that was still in operation. It was Memorial Day weekend 2019 by the time I paid the store a visit, which turned out to be well-timed, as its liquidation and closure were announced only a few weeks later, along with the only other surviving Kentucky Kmart in Erlanger. I’ve visited and documented many doomed Kmarts over the years, and I took a walk through the store executing the routine photography protocol I had developed over the course of countless Kmart runs. I was saving the pictures for a rainy day, and since this year has been a deluge, now seems as good a time as any to share images of the Somerset Kmart near the end.

But that’s not all! In January of this year, my beloved Esmeralda Fitzmonster and I took a trip to South Florida, and we managed to visit two of the three operating Kmarts in the Florida Keys. Most people would probably regret spending their last vacation in the final carefree days before cataclysm gripped the world shopping at Kmart, but I am not most people, and Esmeralda was and continues to be a good sport about my various quirks and flaws. In accordance with Broken Chains year-end tradition, below are a selection of photos of those two island Kmarts, who along with around 35 other locations spread far and wide across the U.S. and its territories are the last that have managed to stay in operation.

That's it for 2020 blog posts. I'm going to try to post at least once per month moving forward, and I hope to be able to hit the road again and return to something closer to my five post per month schedule once things are a little more normal, hopefully sometime in 2021. Thanks for sticking with me during the weird times.