♬ I have fast food blogging hobby,
And I drive the back roads,
Searching for old restaurants, and an occasional commode.
I’ve been to every Rax and Ritzy’s.
At Zantigo, I have dined,
And the Wichita Bovineman,
Is still doing fine. ♬ 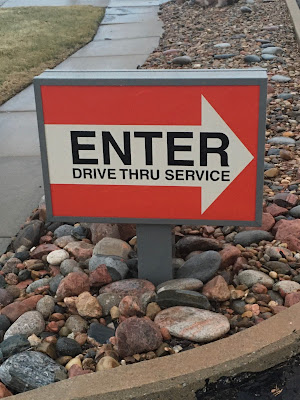 In the 1960s, beef prices fell dramatically, and the fast food-loving public had grown tired of patronizing increasingly ubiquitous burger chains that had burst onto the scene a decade earlier. It was these conditions that brought about the beef boom that, in addition to a litany of discount steakhouses, led to the creation of the fast food roast beef sandwich. Arby’s was born in this era. So were Jax, which would become Rix, and Roney’s, which would become Roy Rogers. Smaller chains like NEBA and Heap Big Beef came into existence in the same era, but didn’t last long. Roast beef offerings from McDonald’s, Burger Chef, and KFC were similarly short-lived. Changing tastes and increasing beef prices caused the beef boom to go bust in the seventies, and few fast food roast beef sandwiches remained.

Arby’s, of course was then, as it is now, the most successful survivor of the first beef bust, but their survival came at the expense of quality. Early Arby’s ads show sandwiches stuffed with slices of beef carved from a whole roast, all of which came from the same bovine creature. Contrast that with the roast beef at Arby’s today, that is a much more processed product. A slice of modern Arby’s roast beef lacks the visible muscle fibers to indicate it was sliced from a naturally-occurring cut of beef. Instead, modern Arby’s “roasts” while cooked in-store and sliced to order, are constructed of multiple cuts of beef, likely hailing from multiple cattle, pressed together into a smooth, homogeneous, and most importantly, cost-effective meat product. The change helped Arby’s weather the lean times, until the next beef boom.

At the close of the seventies, tastes were swinging around back toward fast food roast beef, and Arby’s again had serious competition. Rix Roast Beef, down to ten surviving locations after years of mismanagement by General Foods, was acquired by Restaurant Administration Corporation, the sole remaining Rix Roast Beef franchisee, who added small buffets and salad bars to their restaurants, changed the name to Rax, and began to expand, selling their own proprietary processed roast beef and eventually becoming a nationwide chain, before again fading into obscurity in the nineties. But this post isn’t about Rax. I’ve written enough Rax posts to last until the next beef boom. This is also not a post about Arby’s. This is a post about a roast beef chain started by a former Arby’s franchisee who rode the same wave that brought about the Rax Renaissance during the second beef boom.


Put off by the change to processed beef, Arby’s Franchisee Sam Marvin thought he could build a better sandwich. He and business partner Ken Hertel developed the Barn’rds concept that sold real, unprocessed roast beef sandwiches as well as freshly prepared soups and salads out of barn-shaped buildings complete with faux silos. The first location opened in Council Bluffs, Iowa in 1981, and spread slowly across the Midwest, mostly opening in small medium sized markets through the early 1980s. Norfolk, Nebraska, Des Moines, Iowa, Sioux Falls, South Dakota, Oklahoma City and probably many other Midwestern towns all had Barnrd’s locations. Ken Hertel would eventually sell his share of the company to Marvin, opting to become a Barn’rds franchisee, opening a Barn’rds of his own in Wichita, Kansas.

The second beef boom quickly became the second beef bust, and just as Rax locations closed en masse, leaving just the five locations that are open today, Barn’rds shrank to a single location. Ken Hertel’s Wichita Barn’rds is all that remains of the chain, and his family still owns the business. I recently spent a couple days in Wichita, and made sure to stop by the last operating Barn’rds while I was in town.


I arrived in Wichita on a Sunday evening as just enough snow to make the roads feel vaguely precarious had begun to fall. Sunday night is my favorite time to visit restaurants, as they are typically deserted. People tend to have a large meal out at midday on Sundays before heading home to hunker down in anticipation of the coming workweek. The atmosphere at Barn’rds that evening was unsurprisingly desolate with only a single table of the dining room occupied when I walked in after taking time to admire the neon Barn’rds sign atop the silo-like structure that formed the barn-like restaurant’s entryway. I worked my way past a small island counter displaying freshly made salads packed in ice under a curious plastic dome, through a labyrinth of railings meant to corral the crowds of eager diners that weren’t there on a frigid Sunday evening. A wall to the left of me was decorated with pictures of sandwiches, lit from above, and modern menu display monitors hung behind the counter. All the food imagery overloaded my sandwich sense before I decided to keep it simple, eventually settling on a plain roast beef sandwich, a barbecue beef sandwich, pasta salad, and an M&M cookie.


My order came up as I was pumping horseradish sauce into a little paper cup at the condiment station, and once I had finished, I took my tray, across the dated, yet squeaky clean dining room to a genuine simulated burled walnut table that reminded me of the dash on an '82 AMC Concord. My sandwiches were wrapped in red and white Barn’rds branded wrappers that looked like they were designed no later than the early nineties, while my pasta salad and beverage were in unbranded containers. I unwrapped the plain sandwich first, and found it stuffed with real, unprocessed roast beef, cooked medium well. My first bite elicited memories of Happy Chef where I tasted the world’s blandest chili. Like the last operating Happy Chef, the last operating Barn’rds doesn’t do much in the way of seasoning, at least not when it comes to their roast beef. Despite a generous portion of meat on my sandwich, I tasted more bun than beef. I decided at that point that the precautionary horseradish I had procured was a necessity, and the majority of it went on the sandwich, and vastly improved the remaining bites. The barbecue beef sandwich, unsurprisingly, tasted more barbecuey than beefy, but it was a nice barbecue flavor smoky and sweet with just a touch of heat. As I looked over the wall of sandwiches while enjoying a very pleasant, and freshly prepared pasta salad, and a baked-in house M&M cookie, I concluded that the blandness of the meat was fully intentional.


Half of the sandwiches on the menu contained the signature Barn’rds beef, and each was dressed and sauced differently. The majority of flavor, and seasoning, was designed to come from the sandwiches’ toppings rather than the seasoning of the meat itself. A more prominent flavor profile from the meat might work well with barbecue sauce, but may not play as nice with horseradish, au jus, or jalapeño ranch sauce. And what the Barn’rds beef lacks in flavor, it makes up for in texture. While modern Arby’s roast beef has the texture of boiled bandaids, with rubbery layers that uniformly snap when you bite into a Beef and Cheddar, Barn’rds beef is has the slightly chewy yet tender texture of a quality prime rib. You know you’re eating a slice off a real cow when you eat at Barn’rds, which depending on what kind of person you are, may or may not be a pleasant thought.

I headed to my hotel after that meal, but a day and a half later, as I was packing up to leave Wichita, I had the nagging feeling that I hadn’t gotten the full Barn’rds experience. I needed to try a sandwich with something other than their roast beef to get a feel for the rest of the menu, so I wasted a couple hours in my hotel room watching YouTube, so I could check out of my room and arrive at Barn’rds right around their 10:30 AM open time on my way out of town. I walked in through the silo while they were still in the process of putting the day’s display salads under the dome. This time, I ordered up a Supreme sandwich, which has pastrami, swiss cheese, lettuce, and “dressing." A cup of potato soup was my chosen side dish. Thanks to a similarly quiet dining room, this time the result of my early arrival, my order came up quickly again, and I took a seat at the counter by the window, where I would ponder the nature of lunchmeat while I ate.


Let’s be honest here. Pastrami, salami, and bologna, form a trifecta of meats that have very similar flavors, but drastically different textures. Whether you’re enjoying a lean pastrami, a dense and fatty salami, or a mushy slice of Oscar Mayer’s best, they’re all going to have a flavor profile that’s in the same ballpark. (Speaking of ballparks, hot dogs are basically shrunken bologna, right?) Barn’rds interpretation of pastrami seemed to begin with the same cut of beef as their roast beef, but this time, much more seasoned, with the classic pastrami/salami/bologna/hot dog flavor profile. The “dressing” turned out to be Miracle Whip, and the combination of flavors took me back to the summer of ‘91, where, I, a precocious and adorable five year old, was on vacation with my grandparents, holed up in a mothball-smelling rented cottage on the shores of Lake Erie in Northern Ohio. For breakfast, lunch, and dinner, my grandmother made me the only thing I felt like eating the entire week, bologna sandwiches with American cheese, lettuce, and Miracle Whip. Barn’rds Supreme sandwich with its pastrami, Miracle Whip, lettuce, and Swiss cheese took me right back to that summer in Ohio nearly 30 years prior. Though the textures were a little different, the flavor profile is exactly what I remember from that childhood family vacation. Even in a broken chain I’ve never experienced before, I managed to find some nostalgia. 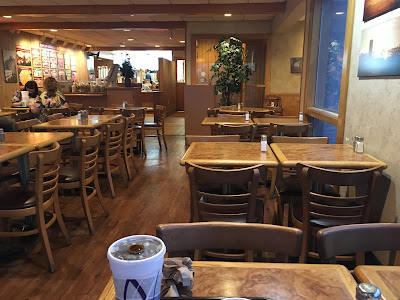 Generations of Wichitans, few of whom have vacationed in Northern Ohio, but many of whom grew up with Barn'rds have genuine nostalgia for it, and hold the restaurant in high regard. The weekday lunch crowd had already filled out the order line corral as I was headed out, well before 11 AM. The Wichita Barn’rds, run by the chains co-founder and his descendants, was likely among the best run examples of the brand in the chain’s heyday, and thanks to decades of dedication by its management and crew, has transcended the all but forgotten Barn’rds chain and become a beloved local independent institution. The beef boom seemingly never went bust in Wichita, and the last Barn'rds, like the surviving locations of its one-time competitor, Rax, stand steadfast, perhaps awaiting the next inevitable beef boom that will lead to renaissance and new expansion. If new locations are any indication, the next beef boom may be coming sooner than you think. Construction began on a new Barn’rds across town on the west side of Wichita late last year. Sometime in 2020, there will be two operating Barn’rds locations in the world, both conveniently located in Wichita. If the long-promised Chillicothe, Ohio Rax manages to open this year as well, it will surely be a sign that the next beef boom is upon us. I, for one, look forward to the five to seven beefy years it will bring with it. 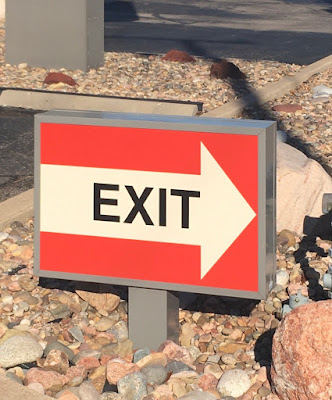 Posted by Zap Actionsdower at 9:54 PM