A Dinner of Olives 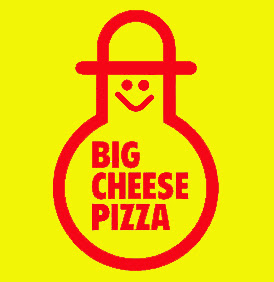 Regular Broken Chains readers may recall that I maintain a constantly evolving spreadsheet of places I’d like to visit and write about. Presently, the list contains 57 separate eateries, spread all over the US, plus a couple places in Canada. I’m often asked how I find out about the places I visit, and I find that there’s not really one good answer. About a third of the list comes from memories of brands I vaguely recall seeing years or decades ago, that still have operating locations somewhere. Another third comes from friends and well-wishers who I know in real life or through social media groups focused on retail history or sites like Roadarch. The final third comes from people who read my blog, and tip me off to places they know about that they’re keen for me to visit. My portfolio of existing blog posts and spreadsheet of potential places to visit for new blog posts is chronically light on pizza chains, so I was excited when a reader reached out to me with information regarding a near-extinct pizza chain in one of the cradles of fast food civilization.

While Southern California saw the dawn of McDonald’s, Jack in the Box, and Taco Bell, and the US 25 corridor in Kentucky was the fertile crescent from which Long John Silver’s, Fazoli’s, and KFC sprouted, there’s another historic fast food birthplace not quite halfway between Lexington and L.A. Wichita, Kansas is the birthplace of what many consider to be the original hamburger chain, White Castle, as well as my beloved Taco Tico, plus Pizza Hut. Dan and Frank Carney opened the first Pizza Hut in Wichita in 1958. Nearly two decades later, on the cusp of the second-wave pizza craze of the 1980s, another pizza chain set up its first location in Wichita. That chain was Big Cheese Pizza.


Wichita area businessman Jim Stevens, who would go on to own multiple Pie Five and Applebee’s locations opened the first Big Cheese Pizza in Wichita in 1977, and within its first decade in business, the chain had 86 franchised locations in eight states plus Puerto Rico. Big Cheese began to shrink in the late 1980s, which led to its sale to AIFM, a Godfather’s Pizza franchisee in 1989, which apparently converted most locations to the Godfather's brand. Presumably, a few locations opted to remain in business using the Big Cheese name, as there are five Big Cheeses still open today in Kansas and New Mexico. (The chain is unrelated to Big Cheese Pizza and Wings, which operates in Virginia, the Carolinas, and Arkansas.)


All this information was graciously provided to me by a reader, (Thanks Shaun!) and a trip to a Big Cheese location fit nicely into my itinerary on a recent trip through the Midwest. That’s how I found myself in Wellington, Kansas a couple days before New Year’s, during that week in late December when it’s hard to remember what day it is, and for that matter, your own name and how to function as a human being living in a society. Wellington is a small town about 40 minutes south of Wichita, but closer to an hour if you set your GPS to avoid tolls as I did. Wichita’s densely populated landscape evaporates quickly as you travel south on US 81, and by the time you reach Wellington, a town of 7800, you feel a bit cut off from the outside world as you park your car in front of the empty tire store and walk across 9th Street to the old brick building that houses the Big Cheese Pizza, at least that’s how I felt as I noted a sign on the door informing me they only accepted cash.


Upon entering the building, I was taken with the austerity of the decor in the dining room. Imitation wood paneled walls were adorned sparsely with images of local sports teams. The tabletops had more imitation woodgrain and simple green vinyl seating surfaces. The plain tile floor and drop ceiling with fluorescent lights as well as the lack of windows gave the place the feel of a multipurpose room in a church basement or a community center. Given the gathering of retirees in the private party room near the front of the building and the locals chatting near the order counter while they waited for their pizzas, this Big Cheese could probably be considered an ad hoc community center, if not an official one. There was little branded decor that hinted to the locations status as a holdout of a mostly defunct chain. The menu board along one wall looked as if it had been printed on large format paper at a copy shop, and the only place I could find the pleasantly smiling face of the Big Cheese logo was on a sun-faded framed poster near the order counter,that appeared to be a genuine relic of the chain’s 1980s heyday.


After studying the menu board and watching the locals to understand the ordering process, I stepped up to the counter, and ordered a small Deluxe pizza, a trip to the salad bar and a Diet Coke. When I attempted to pay with a hundred dollar bill, the cashier expressed concern that she wouldn’t be able to give me change for it, and opened the cash register drawer to assess its contents. Thankfully, there were enough twenties in the drawer to break my hundred, and I proceeded, armed with a plate handed to me by the cashier, to the little salad bar that made its counterpart at the Daly Drive-In look positively bountiful by comparison. The salad bar at Big Cheese had finely shredded iceberg lettuce as its only leafy green, and lacked any kind of tomato, though bizarrely, pickled okra was available. I’ve not spent much time in Southern Kansas, and maybe the preference for pickled okra over fresh tomatoes is a quirk of the local culture, but it struck me as odd regardless.


I found a table near the center of the dining room, and picked at my melancholy salad of iceberg lettuce and baby carrots for a few minutes, and contemplated, in a completely healthy and normal thought process that is in no way paranoid or obsessive, what some imagined person observing my every movement since arriving in town must think of me. I rolled into town from the Big City in my fancy German car, to visit and make fun of a beloved local pizza joint where I caused a fuss waving my cash around when it came time to pay. To top it all off, I thought I was too good to eat the whole pods of delicious okra on the salad bar. Clearly, I wasn’t from around here, but in my defense, the Big City I came from is Detroit, a blue-collar city hardly known for wealth or pretense. My fancy German car is a base trim level Volkswagen Golf. The hundred dollar bill was a Christmas gift from my grandma and was the only cash I had on me, and my upbringing in Kentucky has caused me to be highly suspicious of any okra that isn’t breaded and deep fried. I had just finished convincing myself I wasn’t a real life version of a Hallmark movie villain, when a Big Cheese employee brought my freshly cooked and sliced pizza to my table.


The menu had promised the Deluxe pizza was topped with onions, olives, mushrooms, and sausage. Sure enough, they were all there under a thick layer of cheese. I picked up my first slice to discover my pizza had been served not in the metal pan in which it had been baked, but on a round plastic tray, perfectly sized so it was completely concealed by pizza until I removed a slice to transform the pizza's circular shape to that of a cheese-covered Pac-Man.


I’d like to deviate a bit at this point to inject a bit of fast food historical fiction into this narrative. To my knowledge, Hot ‘n Now, the Michigan-based drive thru chain that had hundreds of locations in the ‘80s and ‘90s, and a single holdout location today, never offered breakfast. However, if they did, the chain known for its burger topped with green olives would have probably sold something that tasted a lot like a Deluxe pizza from the Wellington, Kansas Big Cheese. The sausage on the pizza did not have the sweet fennel-tinged flavor of Italian sausage. Instead, it had the decidedly savory taste of breakfast sausage. The flavor or the black olives drowned out every other flavor note on the pie, making for a very olive and breakfast sausage-forward experience, not unlike the olive-topped sausage biscuit that Hot ‘n Now served in the early ‘90s in my imagination. The theme of tomato aversion carried over from the salad bar to the pizza, as there was little sauce below the cheese and toppings, certainly not enough to make its presence known among strong olive and Jimmy Dean flavors.

Maybe my olive-oriented Stockholm Syndrome has finally kicked in, or maybe the unusual pairing of breakfast sausage and black olives is objectively good, but for some reason or another, I simply couldn’t stop eating the pizza, even if it did lack the basic tomato and cheese pizza flavors. I asked for a to-go box, and even took what I couldn’t finish back to my hotel in Wichita, where I ate the leftovers for breakfast the next morning. I’ve always enjoyed cold, leftover pizza at least as much as hot, freshly baked pizza, and I’m happy to report the Big Cheese Deluxe pizza is just as unconventionally good cold as it is hot. A few hours in a hotel mini fridge made the crispy crust a bit more chewy but the olive and sausage flavors were as strong as they were the night before in Wellington.


I’m glad to have enjoyed the experience at Big Cheese, a chain whose existence I had no idea of before Shaun reached out to me. I’m immensely grateful to him for alerting me to the brand’s continued (limited) existence. I’m always game to check out a surviving location of a broken chain, and rack up a couple thousand more miles on the old VW. If there’s a surviving location of a mostly defunct restaurant, retail, or hotel chain near you, I want to know about it. Comment here, message the Broken Chains Facebook page, slide into my Instagram DMs, or email me. The next broken chain I visit, indelicately photograph, and poke gentle fun at could be in your town.