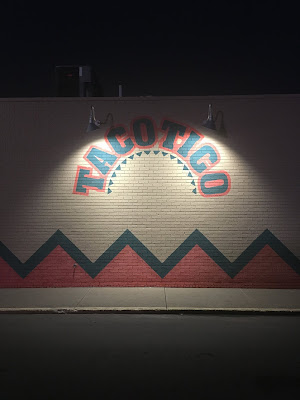 Last fall, I was enjoying a Sancho (a burrito shell full of taco fixins) and some Cinnamon Crustos (Fried tortillas coated in cinnamon sugar) at Lexington Kentucky’s sole remaining Taco Tico. It occurred to me that despite my lifelong love for the Taco Tico brand and the unique blend of fatty ground beef, fillers, and spices that is at the heart of most of their menu items, that my entire Taco Tico experience had been only at locations in Kentucky. Since Kentucky has only had two Taco Ticos for more than a decade, that worldview was a little too narrow for my taste.

Dan Foley opened the first Taco Tico in Wichita, Kansas in 1962, and there were once 120 locations all over the Midwestern and Southeastern United States. In 2013, following decades of slow decline and shrinking location count, ten company-owned, Wichita area Taco Tico locations were forced to close by the Kansas department of revenue due to their failure to remit sales tax revenue back to the state, leaving only a handful of franchised locations, including the two in Kentucky, open for business. This marked the low point in Taco Tico history, and while things aren’t much better today, there is a faint glow of a bright future for Taco Tico.

Most of the Wichita area Ticos that were forced to close by the state have since re opened, and today, a total of 17 Taco Tico locations are open for business, nine in Kansas, plus two each in Oklahoma, Iowa, and Kentucky, one in Louisiana, and one in Texas. The restaurants are loosely associated today with each owner running a separate website, many of which show nonstandard menu items supplementing the classic tacos and burritos.

In the early days of this blog, I set out to replicate Taco Tico’s signature meat using a copycat recipe shared by YouTuber, AverageIowaGuy. I found his recipe to be bland, and lacking in the garlicky pungency of the Taco Tico meat I grew up eating in Kentucky. To paraphrase Seymour Skinner, I came close to madness trying to recreate it here in Michigan, but I just couldn’t get the spices right! That experience caused me to wonder how much regional variation there was in the flavor of Taco Tico meat, and if there was a recipe that could be considered the definitive Taco Tico.

My investigation began last December in Iowa, specifically in Mason City, home to one of the state’s two Taco Tico locations. It was the winter solstice, and night had fallen early as it often does on the shortest day of the year. I had been eating all day, storing up fat for winter like the large hairy woodland creature that I am, and Taco Tico was my last stop in a single-day broken chain marathon that included meals at Zantigo, Bonanza, and Happy Chef.

As one might imagine, I wasn’t terribly hungry, and tried, in vain, to work up an appetite by taking pictures of the exterior of the building, which featured the unique zigzag stripes that many Lexington-area Taco Ticos had during my childhood. (The surviving Lexington Taco Tico appears to have had few updates since the 1970s does not sport the ‘80s vintage zigzags, but functions as a time capsule from an earlier era.)

Inside, the time warp feeling was milder. While the building still had its original built-in booths and tables, the menu board had been updated with a non-standard unit, and the freestanding tables and chairs were modern. I ordered up three tacos, two crispy, and one Choco after the cashier caught me taking a picture of the menu and asked if I had come to take pictures or order food. I paid, and she handed me a curious little ticket with the Taco Tico logo and my order number on it. I had never seen this before, and I still carry it in my wallet. (I’m a weirdo.) Oddly, it was the the only Taco Tico branded piece of ephemera I received on that visit. 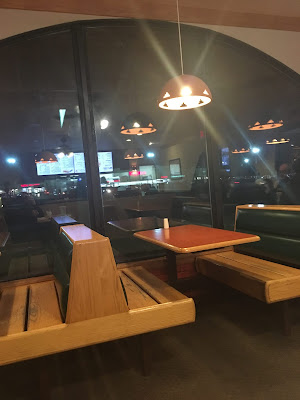 My order came up a few minutes later, and I was greeted by a tray containing two tacos in plain white wrappers and a white Styrofoam drink cup. Despite their relative isolation from the Taco Tico homeland in Kansas, the Lexington and Louisville Taco Ticos have used custom printed cups and wrappers for years, with only a brief interruption around the time the state shut down the company owned Ticos in Wichita.

The construction of the tacos themselves was curious. Firstly, the meat was smeared on one side of the shell rather than along the bottom, but I seemed to recall Louisville’s Taco Tico doing something similar. Secondly, a single tomato slice was in top rather than the diced tomatoes I’d eaten on Taco Tico tacos in Kentucky my whole life. The biggest shock came with my first bite though. The flavor of the meat bore little to no resemblance to what I had become accustomed to in Kentucky. Simultaneously, it tasted nearly identical to AverageIowaGuy’s copycat recipe. Kudos to him for perfectly replicating his local Taco Tico meat formulation, but it didn’t taste like the Taco Tico I know and love.

Taco Tico’s Wikipedia page states there was a change in the meat recipe implemented following Dan Foley’s sale of the brand to a former KFC executive 1988. The change proved unpopular, and was quickly reverted to the original. Were the Iowa Taco Ticos still using the 1988 vintage recipe, the Taco Tico equivalent of New Coke, or was I raised on the supposedly inferior meat recipe in Kentucky? My parents would have started taking me to the Lexington area Taco Ticos right around 1988. Had my exposure at an early age caused me to develop Stockholm Syndrome for the Taco meat everyone else hated?

For better or worse, the next major event in Taco Tico’s history is set to happen in Lexington Kentucky. Longtime Cheddar’s franchisee, The Greer Companies, purchased the Lexington Taco Tico earlier this year along with a 10% stake in the entire Taco Tico brand. They’re planning widespread expansion starting with a second Lexington location across town in a building that was originally a G.D. Ritzy’s. I visited that very building last spring on my trip to every operating Ritzy’s. Taco Tico setting up shop a former G.D. Ritzy’s is a combination of my two favorite fast food brands that had only occurred in my wildest fantasies. The news that it’s set to become a reality had me acting more weirdly obsessive about both Taco Tico and G.D. Ritzy’s than usual for at least a solid week.

Still, the suspicion that the Kentucky Taco Ticos were using the wrong meat recipe was getting to me, even if it was the recipe I preferred. Relief for my foil hat-level paranoia regarding a taco meat recipe came when Esmeralda Fitzmonster suggested we take a trip to New Orleans in the spring, and since  Louisiana’s only surviving Taco Tico is just around the corner from the New Orleans airport, I emphatically agreed with her suggestion. Naturally, Taco Tico was our first stop after we landed and picked up our rental car. For the first time ever, I had flown to a broken chain.


The Kenner, Louisiana Taco Tico is housed in a purpose built Adobe with a near identical layout to its counterpart in Lexington. The main differences being that the Kenner location wears ‘80s vintage zigzag stripes similar to those at the Mason City, Iowa Taco Tico, and that one of the front corners of the dining room is walled off and houses a few slot machines, no doubt the owner taking advantage of local gambling laws to create a second non-taco related revenue stream. The walls inside were decorated with murals that evoke a 1980s southwestern aesthetic. While no such murals are present at either surviving Kentucky Taco Tico, I have vague memories of them being present at other Lexington locations that closed in the mid ‘90s.


I placed my normal order, a #2 combo, two tacos and a Sancho, with cautious optimism, comforted by a decades old menu board identical to the one at the Taco Tico in Lexington. Esmeralda ordered the same. I was delighted to see branded cups and wrappers on the tray when our order was ready, and the first bite of my Sancho took me right back to every Taco Tico meal of my childhood.


Louisiana’s only Taco Tico was using the meat recipe I grew up with. The very same flavor that fueled my lifelong obsession with Taco Tico was here, 750 miles from Lexington. With the Louisville, Lexington, and Kenner Taco Ticos serving my preferred garlicky taco meat, Mason City, Iowa was the outlier, the weirdo selling the bland garlic-less tacos in plain white wrappers.

Sadly, though, the nagging taco paranoia continues. I’ve only eaten at four of the 17 total operating Taco Ticos, and in only three of the six states that house them. I’ve never eaten at a Taco Tico in Wichita, home of Taco Tico Enterprises and birthplace of the brand. That’s where the truly definitive Taco Tico flavor is, tax evasion and all. I’d like to make it to every Taco Tico eventually, but regardless of what and where the definitive Taco Tico is and was, it’s likely to be the Lexington flavor in the future. 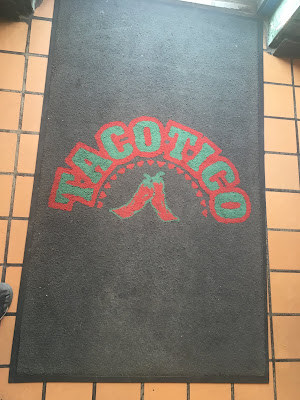 Greer Companies’ president, Lee Greer is a longtime Taco Tico fan, and his long term plan includes acquiring a majority stake in the Taco Tico brand and moving headquarters to Lexingon, Kentucky, much to my delight. Lexington, one of the few cities that has been home to a continuously-operating Taco Tico for the past four decades may soon be home to the Taco Tico brand itself. For me that makes Lexington Taco Tico the definitive Taco Tico, regardless of how the Sanchos taste in Mason City or Wichita, but if you're a midwesterner and/or vampire who grew up without garlic in your Taco Tico tacos, YouTube user, AverageIowaGuy has you covered. He even figured out the bean recipe. 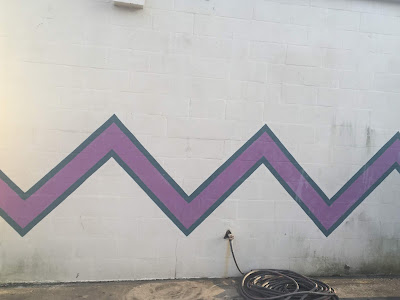 Posted by Zap Actionsdower at 7:19 PM