The Old Red Barn Ain't What it Used to Be 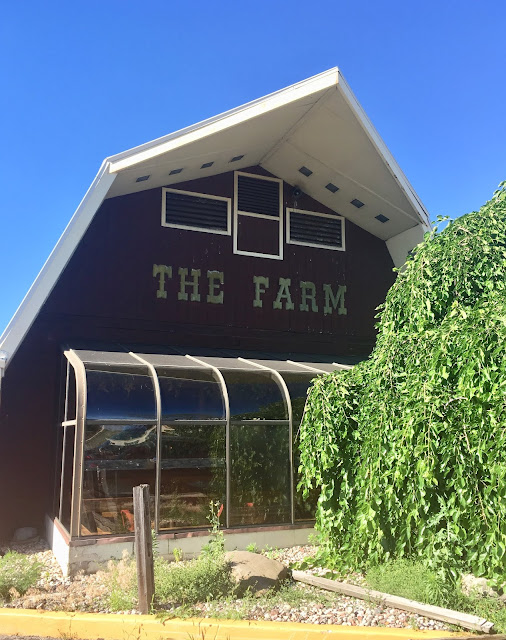 In 1938, a professional fisherman named Hendrick Goosen was trawling the Indian Ocean off the coast of South Africa and caught a strange looking bluish purple fish about five feet long with an oddly shaped tail, and two pairs of leglike fins. Upon returning to land, Goosen contacted a local museum curator for assistance in identifying the fish. Eventually it was determined that the mysterious creature was a coelacanth, a species that was thought have been extinct for 66 million years. The discovery of a living coelacanth sparked a craze among ichthyologists and museum curators that led to fisherman being paid exorbitant amounts for capturing coelacanth specimens for study and display. I felt something akin to that excitement when I was contacted by a reader who told me that just outside of Milwaukee, a single location of the long-dead Red Barn chain was still open for business.

Joe, you’re my Hendrick Goosen. This one’s for you.

Business partners Martin Levine, Jim Krist, and Don Six opened the first Red Barn in Springfield, Ohio in 1961, riding the wave of the fast food boom of the early 1960s. Menus were fairly expansive for the time, offering burgers, fried chicken, and fish. Red Barn marketing often featured three Muppetlike characters known as Hamburger Hungry, Fish Hungry, and Chicken Hungry to emphasize the diversity of proteins to cater to whatever you, the customer, might be craving. Red Barn was also an early adopter of salad bars, and offered their double-decker Big Barney burger years before McDonald’s introduced the Big Mac. (Both were imitators of Bob Wian’s Big Boy, along with the Burger Chef Big Shef, Burger King Big King, Carrols Club Burger, Burger Queen/Druther’s Royal Burger, Wendy’s W, along with countless others.) At their peak, Red Barn boasted around 400 locations in the US, Canada, and Australia. Corporate acquisitions and mergers eventually led to Red Barn being under the corporate umbrella of City Investing, who also owned Motel 6 at the time. City Investing had no interest in operating restaurants and primarily acquired Red Barn for their real estate. Company-owned locations closed, and franchise agreements were allowed to expire. Most Red Barn locations were closed well before the end of the 1980s.

Having lost the rights to use the Red Barn name, a group of holdout franchisees banded together to continue operations with a new name, The Farm. Alterations were made to menus and signage to reflect the new name. Trademarked product names were also changed. The Big Barney became the Farm Boy. The Barnbuster quarter pound burger became the Farmbuster. The remaining franchisees continued business as usual, over the next few decades as remaining locations closed for good one by one. Following the closure of The Farm in Bradford, Pennsylvania at the end of 2015, The Farm in Racine, Wisconsin became the last operating location, and the closest thing to a Red Barn experience available to the present-day fast food connoisseur.

The Farm in Racine is tucked in a cracked parking lot on a slightly seedy corner on the south side of town. The building is an original, purpose-built Red Barn, tall and barn-shaped with red glazed brick and a Rax/Wendys style solarium protruding from the front. Updates appear minimal. The sign is an original Red Barn unit modified as part of the name change, but the twinkling incandescent bulbs are still present around its perimeter. Restrooms are only accessible from outside the building, a relic of a time when a fast food joint with tables and restrooms for customer use was still a new idea. (Clancy’s restrooms had a similar setup, as did some of the older Taco Time locations I visited while living in Montana.) The interior of the building retains its vaulted woodgrain ceiling, original tri color vinyl booths, and tile along the front of the order counter. It’s clear maintenance isn’t a massive priority here. To the average passerby, the building might appear abandoned. An unkempt weeping mulberry tree obscures most of the building’s front facade, and its branches rest on the solarium. The asphalt parking lot is in dire need of sealing and new paint. Tall weeds grow from the gravel patches around the perimeter of the building. Even the large yellow letters that spell out “THE FARM” on the front of the building are in sad shape with faded and peeling yellow paint. Inside, lighting is dim, and the air smells and feels greasy. Every booth seems to have some degree of torn upholstery. The tired condition of the property conveys an overwhelming sense of impending closure. The locals didn’t seem to mind any of this though.

I was still running on eastern time and came in for dinner at around 4 PM on a Friday. While not packed, they appeared to be doing steady business. The staff’s professionalism was on par with the average fast food employee. The menu seems to have evolved a bit since the Red Barn days. The Big Barney/Farm Boy was nowhere to be found, nor was the salad bar. Two types of fish, cod and lake perch were available, the latter no doubt added to the menu to suit local tastes in a town situated right on Lake Michigan. (No, beer battered coelacanth isn’t on the menu, at least not on the day I was there.) Frozen custard has been added to the menu at some point, because Wisconsin. Hamburger and Chicken Hungry were hitting me hard that day, so I ordered up a two piece chicken dinner with fries and coleslaw, a Farmbuster, aka Barnbuster, and a scoop of rocky road.

Having been born just as most Red Barns were closing, this is my first Red Barn experience. I went in with a healthy curiosity about history and my judgement untainted by nostalgia. I understand that many of you reading this may hold a special affinity for Red Barn and/or The Farm.  This makes it my unfortunate duty to report that the food was unimpressive. Understand that I'm not judging the entire Red Barn brand based on the quality of the food at the restaurant owned by the last holdout franchisee. Three decades plus is a long time for The Farm to have evolved and devolved away from the original Red Barn standards. The fried chicken, reportedly made using Red Barn’s recipe, tasted like it had been sitting under a heat lamp for too long. Likewise, the Farmbuster had a lukewarm patty that tasted like it had been cooked much earlier in the day. Toppings were Whopperlike in taste and texture. Imagine a McDonald’s Quarter Pounder patty (from back when McDonald’s still used frozen quarter pound patties) with Whopper toppings on a corn flour-dusted bun, and you’ll have an idea what it’s like to experience a present-day Farmbuster. The fries were the standard crinkle cut variety that could have just as easily come from White Castle or Del Taco. Vintage Red Barn ads show shoestring fries closer to McDonald’s-style cut.


I’m not exaggerating when I say that the frozen custard was the worst I’ve ever had. The marshmallows tasted stale, hardened past the point that lowering their temperature would harden them, and the almonds were the thin, unsalted slivers that are more at home in green beans than in ice cream. The chunky marshmallows and almond shards were also far too numerous, making for an unsettling mouthfeel. You could make the case that the less than fresh burger and chicken I had were perhaps, authentic, relics of a time when fast food was designed for minimum cost and maximum convenience with freshness as an afterthought and that my expectation to receive freshly-prepared food at an off-peak time may have been a bit too lofty, but the way a purveyor of frozen custard situated in America’s Dairyland mangled what is objectively the best ice cream flavor is what really soured me on the food at The Farm.

Images of The Farm in Bradford, PA on the fansite, barnbuster.net, show that both the Big Barney/Farm Boy and the salad bar were available. I can’t help but think that the now-closed Bradford location would have offered a more authentic Red Barn experience, but while I’m a little sad I missed my chance to visit that location, I’m very thankful I didn’t miss out on Red Barn completely.

The coelacanth isn't an especially pretty or commercially viable fish, but the fact that the species survived unnoticed by humans while thought to be extinct is immensely interesting. I feel the same about The Farm. Though my dining experience there wasn’t especially positive, I’m grateful that it was brought to my attention, and I’m glad I was able to have a fleeting glimpse of what it would have been like to eat at a Red Barn while it’s still possible. Good, bad, or ugly, finding that remnant of an otherwise defunct brand and experiencing a bit of history firsthand is always a positive experience in its own way. I’d rather have a bad meal at a location of a broken chain than to not experience it at all. 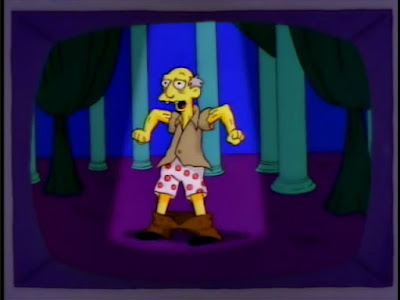 Posted by Zap Actionsdower at 9:13 AM