A Nickel Saved is a Dime Earned 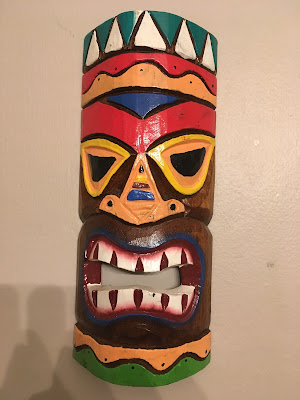 When I started this blog, I had the intention of covering not just restaurants, but multiple retail spaces I found to fit in with the broken chains theme. Longtime readers will no doubt remember my exploration of the remnants of Montgomery Ward and the night I spent in a slightly sketchy motel that started out as a Howard Johnson’s in the mid sixties. My very first post here even featured a picture of the last operating Sam Goody, which I encountered in San Diego several years ago. Unfortunately, due to increased inventory and often real estate cost, relative to the typical chain restaurant, it’s tougher for a holdout franchisee to keep a store open after the corporate infrastructure crumbles. Franchising is also a less common business model outside of the restaurant industry. Retail store brands tend to vanish quickly and completely. Because of all of this, my non-restaurant posts have been few and far between.

I suppose once great retail brands in various stages of decline like Sears/Kmart, Toys R Us, and JC Penney all meet my working definition of broken chains, but they all seem a bit too visible, and I prefer to seek out the forgotten. Forgotten retail brands still in operation can be tough to find, but there are some still out there.

The modern big box retailers, dollar stores, and pseudo dollar stores like Dollar General evolved from a common ancestor. American small town main streets often contained a store known colloquially as a five and dime or variety store. The former because early on, price points of items were set at five or ten cents, not unlike today’s dollar stores, or places like Five Below who limit the cost of their items to five dollars or less. Before big box retailers took over in the latter half of the previous century, variety store filled the gap between grocery stores and large department stores, offering inexpensive household items, limited selections of clothing and toys, and anything else the typical consumer might not encounter at the A&P or Sears. Variety stores could be independent or part of countless national or regional brands. Most of those brands are long gone. S&S Kresge evolved into Kmart. Woolworth’s adopted an entirely new business model and became Footlocker. Many others ceased operations and faded into obscurity, except for one.

Ben Franklin, named for the American founding father of the same name can trace its origins back in to 1877 when the Butler Brothers started their mail order catalog business. The first Ben Franklin store opened 40 years later as variety stores were gaining popularity. The chain expanded using a franchising system and peaked at around 2500 locations. Sam Walton, founder of Walmart, got his start as a Ben Franklin franchisee.

As the early big box stores began to dominate the market in the seventies, Ben Franklin experimented with larger retail spaces of their own, but the concepts didn’t last. Emphasis on art and craft items increased to help the chain find a niche. After an ill fated attempt to open corporate owned locations in the nineties led the company to bankruptcy, and most of the remaining Ben Franklin stores closed.

Today, Ben Franklin still exists as an online retailer, owned by a company called HMStores, which seems to be unrelated to the clothing retailer H&M. The Ben Franklin website makes no mention of physical stores, but they still exist and are owned by Promotions Unlimited, which acts as a supplier and promoter for Ben Franklin franchisees as well as other chain and independent retail stores.

While I was on the road a few weeks back, between Ponderosa meals, and I found myself in East Tawas, Michigan, a small tourist town on Lake Huron, and home to one of a handful of Ben Franklin stores still operating in small towns. The outside of the store looks like it hasn’t changed it’s appearance much in the past four decades. It’s located in an old fashioned downtown commercial district with only street parking available.


I park, walk across the street and into the store and do a few laps. The store is about the size of a Dollar General, maybe a bit larger, and I’m immediately struck by how little desire I feel to buy any of the merchandise. The shelves near the front of the store are full of the obligatory souvenir t shirts and shot glasses one encounters in touristy locations like this one. The remainder of the inventory wouldn’t look out of place in a Hobby Lobby. There’s aisles full of reproduction tin signs, and wooden signs with generally positive “Live, Laugh, Love” slogans on them. There's lots of vaguely nautical tchotchkes suitable for displaying in a Michigan lakeside cottage. There’s a couple aisles with art supplies, and a limited selection of toys and games featuring licensed Emoji Movie characters made by Ty, the Beanie Baby people. I try to spend money at every place I visit for this blog, but none of this merchandise has any appeal to me, and I’m beginning to worry I’ll leave the store empty handed. Then I saw it.

About half of one aisle was devoted to tiki decor, an aesthetic I’ve always appreciated for its kitsch value. I found a reasonably priced tiki mask and brought it home with me in a purple Ben Franklin bag. The mask is now hanging in my bathroom and the logo from the bag is now framed in my living room.

There are still over 300 physical Ben Franklin stores in operation, some standalone, some sharing retail space with small town grocery or hardware retailers. From what I’ve read, inventory varies a bit between stores to suit local needs. They’re the last of the old variety store brands operating out of their old small footprint stores, and they’re still fairly easy to find once you’re outside of the major metro areas. If you’re in the Continental US, you’re probably not far from a Ben Franklin, tucked away in some small town where the real estate is cheap and it's an hour drive to the nearest Target.
Posted by Zap Actionsdower at 8:04 AM