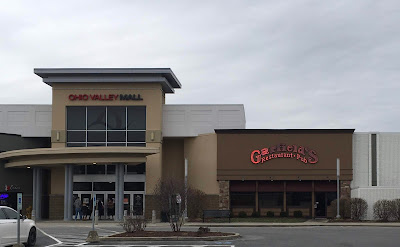 Sunday is my least favorite day of the week. Even though the vast majority of Sundays I’ve experienced have been free of school and work obligations, my brain won’t let me enjoy a Sunday for what it is. The prospect of the workweek, soon to begin anew looms over a Sunday, casting a shadow of unavoidable dread that constantly nags at me and eats away at my enjoyment of whatever Sunday activity in which I’m attempting to partake.

Since I spend my entire Sunday dreading it, one might contend that the day I really hate the most is Monday, not unlike a certain lazy cartoon cat, or an eponymous U.S. president who was assassinated on a Monday. However, once Monday rolls around, I’ve accepted my fate. I quickly settle into the routine of my workweek and make peace with the fact that the only way to the next weekend is through the coming week. With a week’s worth of menial tasks to distract me, it will be Friday evening again before I know it, and I’ll have a whole Saturday of carefree fun ahead of me.

After a weekend full of broken chain visits, I had one final stop to make before I headed home on a melancholy Sunday afternoon. St. Clairsville, Ohio is home to the Ohio Valley Mall, which itself is the refuge of a few notable businesses, not the least of which is a Garfield’s Restaurant and Pub, one of six surviving locations spread from northeast Pennsylvania to southwest Missouri. It’s a restaurant chain that was seemingly founded partially out of spite.

After a lifetime of making it a point to accomplish things he was told he couldn’t do, Vincent Orza opened Garfield's, his first restaurant. in Oklahoma City in 1984. In an interview, Orza claimed he opened the first Garfield’s to ensure those who said his restaurant wouldn’t be a success would be proven wrong, and seemingly, they were, at least for a couple of decades. During the casual dining craze of the ‘80s and ‘90s, the restaurant with its early 20th century spin on the “nail a bunch of random crap to the walls” style of decor and eclectic menu was a modest success, peaking with around 50 company-owned and franchised locations in 26 states, mostly attached to or near indoor shopping malls. The restaurant took its name not from a Monday-loathing head of state or comic strip feline, but from a fictional character devised by the fledgling restaurant’s marketing team. Casey Garfield, a restaurant mascot whose picture I cannot find anywhere on the internet, seemingly traveled the world to experience different cuisines to add them to the menu of his restaurant, which, in its heyday, boasted Tex-Mex, Italian, and Chinese-influenced offerings in addition to traditional American fare.


Downfall came for Garfield’s with the decline of the American mall, as it did for other mall-reliant chains like York Steak House and Morrison’s Cafeteria, and as malls lost stores and foot traffic declined, a growing list of Garfield’s locations became empty mall storefronts in ailing malls. But, like its surviving Garfield’s location, Ohio Valley Mall is an anomaly. I arrived there a few minutes before their Garfield’s opened and went for a mall walk to kill time ease my Sunday blues. I was both surprised and pleased to find a nicely maintained vibrant, reasonably healthy mall. Five of its six anchor store slots were occupied, which was impressive considering that the mall had lost three anchor stores, Sears, Kmart, and Elder-Beerman, in the past five years. All but the vacant Sears, which closed last summer, are now occupied by new tenants. There was even a Sam Goody still open for business in the mall, one of only two remaining US stores, and a broken chain location in its own right. I would have sworn that the now-closed Sam Goody in the now nearly vacant Horton Plaza Mall in San Diego was the last one, but true to the title of my very first Broken Chains post, which featured a picture of the Horton Plaza Sam Goody, you’d be surprised at what still exists. I know I was.


I of course took a lap of Sam Goody, whose floor space was 80% T shirts, Funko Pops, and other inoffensive novelties, with the other 20% occupied by physical media, mostly movies on DVD and Blu-ray, with a few new LP records tucked in the back. Who would have guessed that vinyl would outlive all other physical audio formats? I pondered the holdout Sam Goody’s status as a PG-rated Spencer’s Gifts as I navigated the mall’s corridors to Garfield’s, now open for the day. I was among the first customers in the door late on that Sunday morning, and the hostess seated me in a booth that overlooked some gumball machines and the hibachi restaurant across the corridor.

This Garfield’s appeared to have shed its random junk on the walls decor, if it ever had it at all. The dining room was dimly lit, with mostly bare walls, few windows, and black drop ceiling that made the room feel darker than it actually was. A few framed posters of generic-looking food hung on the walls. Only one had a Garfield’s logo on it to remind me of where I was. The bar area was adorned only with the obligatory smattering of wall-mounted televisions, playing infomercials and sporting events, all without sound. My drab surroundings did little to ease my Sunday malaise. If Purgatory had a casual dining restaurant, it would look a lot like the St. Clairsville Garfield’s. Suddenly, someone fired up some ambient music to cut through the monotony. “Bastille Day,” a Rush deep cut from the oft-overlooked B side of their album, 2112, began to play, reminding me of the lunch I’d had at Spageddie’s on another gloomy Sunday at the tail end of a weekend road trip. I had just started to wonder if Sam Goody had any Rush LPs in stock when a server appeared to take my drink order. When she returned a few moments later with my Diet Pepsi, I ordered a Fire Strings Burger from a menu I suspected had been truncated, perhaps as the result of the fictional Casey Garfield suspending his fictional voyages around the world to learn more recipes. Maybe he mailed himself to Abu Dhabi, and never came back. Before returning to the kitchen, my server asked my preferred doneness by inquiring if I preferred my burger to have “Some pink or no pink.” I opted for some pink. There’s nothing worse than an overcooked burger.


It took close to half an hour for my burger and fries to show up, despite a mostly empty dining room. Maybe a line cook or two had called in with cases of the Sunday blues. When it did arrie, the burger topped with what Garfield’s calls “Fire Strings,” breaded and deep fried bits of onion and jalapeños was hot off the grill, and the Fire Strings were straight out of the fryer. It was a great looking burger, but despite the presentation, it was disappointing. Even though the third pound-ish patty was cooked to a near-perfect medium, it tasted dry. I suspect the meat used to form the patty was extremely lean, which is unfortunate, because a little more fat in the meat would have transformed what was, at best, a so-so burger into a pretty good one.

If you’re stuck at the mall on a Sunday, Garfield’s is probably a decent enough place to have a burger and a beer or two while the shopaholic in your life goes on a bender through their favorite mall stores, but it falls short of being a destination. There’s little, if anything to set Garfield’s apart from a Chili’s or Applebee’s. As malls began to fall out of favor, it would have been easy enough to ditch the part of the Garfield’s brand strategy that dictates locations be attached to malls, and attempt to open some freestanding restaurants, but I doubt the endeavor would have been successful without serious reinvention of the Garfield’s experience to set it apart in what is already a crowded, and increasingly unpopular field of casual dining restaurants. Whoever owns the Garfield’s brand these days apparently saw things the same way, as all six surviving Garfield’s are mall locations whose days are likely numbered.


Malls that are healthy enough to support a medium-priced restaurant are a dying breed. Remember that mall-based Max and Erma’s I visited last Summer? It’s since closed, and I suspect the six remaining Garfield’s will do the same sooner rather than later as the malls that house them become less viable. In the case of the Ohio Valley Mall, its Macy’s is set to close in a few weeks, leaving a second empty anchor store, and if the two empty anchors aren’t rented out soon, reduced foot traffic could cause a domino effect that will bring about an ever-growing list of store closures that would threaten both Garfield’s and Sam Goody along with every other Ohio Valley Mall tenant. It’s a tale that’s as old as the internet, played out in dead and dying malls across the country to the point that a relatively healthy mall feels like a rarity. Any mall that is still remotely viable in the year 2020 is experiencing a metaphorical Sunday afternoon; while in a relatively comfortable position, things are sure to get worse for most malls in the short term before they get better. Anyone who owns or manages a mall in this position is sure to live in a state of dread five to seven days a week, which makes my one day per week of dread seem almost attractive by comparison.

Posted by Zap Actionsdower at 8:11 PM