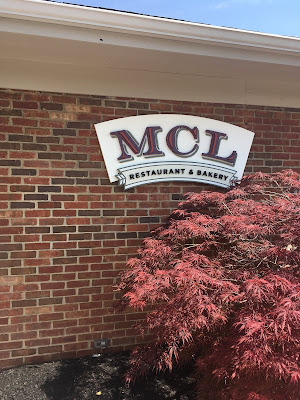 I often describe myself as a hermit, a recluse, and generally asocial, but it was recently pointed out to me that for a hermit, I seem to have a lot of friends. This was an accurate observation, but it fails to take dosage into account. I have a good many friends and well-wishers, but I don’t see many of the people in my life often. I see my extended family roughly as often as I eat at G.D. Ritzy’s, which is quarterly. Most people whom I consider friends I may see one or two times per year. Even my partner Esmeralda Fitzmonster only sees me a couple days per week, despite her living with me, thanks to our nearly complete opposite work schedules. All this is more or less by design, because I’m exceedingly okay with being by myself and have a decidedly finite tolerance for social interaction. On the relatively rare occasions when I do spend time with friends, I go big before my depleted social battery forces me to go home.

Many longtime readers of Broken Chains are familiar with my second hobby, which involves working on and road tripping my trusty Ford Festiva. These trips usually involve meeting up with friends from the Festiva community and visiting a broken chain or two along the way. An annual observance on the Festiva calendar is Ohiostiva, a convergence of Festivas and the people who love them in Columbus, Ohio. I attended Ohiostiva 2019 a few weeks ago. My brother, who those same longtime readers will surely recall is also a Festiva enthusiast, was also there, and brought along a mutual friend of ours who has little interest in Festivas, but a healthy interest in broken chains.

Matty-Mark Matlock tagged along to Ohiostiva with my brother, seeking not Festiva hijinks, but general adventure and to observe Festiva enthusiasts in a manner not dissimilar from Jane Goodall’s study of chimpanzees. When I first met Matty-Mark shortly after Raxgiving last year, we quickly bonded over a mutual love of Rax, cafeteria dining, and broken chains in general. His presence at Ohiostiva meant that I’d have an excuse to break from the crowd when the party atmosphere became overwhelming and share an experience with him at one of the many broken chain locations in the Columbus area. I’m happy to report we had excellent experiences at both the last operating York Steak House and the world’s newest Ritzy’s, which has greatly improved its bebop since my initial visit last fall. We also got to experience a previously undiscovered broken chain while we were in town.

Despite her name suggesting otherwise, regular Broken Chains commenter Prog Girl had little to say about my proposal to rebrand Spageddie’s using Rush frontman Geddy Lee as a spokesperson. Maybe she’s more of a Yes fan. But she did give me a valuable lead prior to my Festiva journey to Columbus when she mentioned MCL cafeterias. A quick Google search led me to a 14 unit cafeteria chain operating primarily in Indiana with a handful of locations in Illinois and Ohio, including one near Columbus in Whitehall, Ohio. A quick look at their Wikipedia page confirmed that they had crossed the Cici’s Point into broken chain territory, as the Wikipedia article contained a long list of former locations and a shorter list of operating ones.

The first MCL was opened by Charles McGaughey and George Laughner. The name, “MCL” is an abbreviation of their surnames. Like Morrison’s and York, decline for MCL due in part to them opening locations in or near malls, a losing strategy that caused many locations to close as mall shopping declined in popularity. Their official name has been MCL Restaurant and Bakery for over a decade, perhaps to distance themselves from the unfashionable image of the cafeteria.


Matty-Mark, who grew up eating at Luby’s and S&S Cafeterias and myself, seeking to recapture the transcendent experience I’d recently had at the last operating Morrison’s Cafeteria were eager to peel ourselves away from the herd of Festivas and have an early lunch at MCL. We drove straight to the Whitehall location after excusing ourselves early from a morning expedition to an automotive salvage yard with my brother and a few other Festiva people. Had we not been explicitly looking for the Whitehall MCL, we would have likely driven past without noticing its existence.

From the exterior, it’s tough to determine what kind of business the building that houses MCL could be, even the signage is vague with three meaty initials floating in a broth of fine print. The restrained, vaguely colonial architecture blends into its surroundings, and the building could just as easily be a dentist’s office or a funeral home. Matty-Mark, to my mild surprise and medium delight, was just as excited to be there as I was, and we occupied our first few minutes on the property taking pictures of the building and signage. Once we were sure we had sufficient documentation of our expedition, we headed inside, where we were greeted first by an almost classroom-sized chalkboard containing the day’s specials, then official corporate signage explaining the order process and advertising more specials, and finally, by Mr. MCL himself.


Near as I can tell, MCL does not have an official mascot in the vein of G.D. Ritzy, Uncle Alligator, or Queenie Bee, but should they ever see fit to include one in their marketing, the manager of the Whitehall, Ohio location would be a near ideal basis. Clad in a dress shirt and tie, the affable man in his early fifties bid Matty-Mark and myself a warm welcome as if we were not strangers, but long-awaited friends. As we browsed the vast panorama of food before us along the serving line, he provided descriptions of each entree, all of which had been made from scratch. Perhaps sensing our excitement and curiosity of our surroundings, he told us he had worked for MCL since 1995, beaming with pride all the while. He went on to share his passion for poultry with us pointing to the pan of stuffed roasted chicken breasts, and proclaiming them his favorite, and mentioning that he often sneaks a piece or two of fried chicken with him to the back office while he’s working on the schedule and payroll. Ordinarily, I find restaurant employees who are overly chatty during the ordering process to be unprofessional and off-putting, but Mr. MCL’s charisma and passion for his work shone through without inspiring even a crumb of curmudgeonly annoyance on my part.


Matty-Mark and I worked our way down the serving line as Mr. MCL encouraged us onward. The food looked fresh and vibrant, and we ate with our eyes first, loading up our trays with everything that looked good. As I paid my bill at the end of the line, I was surprised to find I had picked up $25 worth of food off the serving line, and so had Matty-Mark. The marketing strategy of putting all the food in view of the customer had worked perfectly on us, as it has for generations of cafeteria patrons, but we didn’t mind. We were there to sample a wide swath of the menu. As with most broken chain visits, it was more about the experience than the food.


Once we were seated out of sight from the serving line the interior of the MCL didn’t look much less like a funeral home than it did from the outside. The decor was tasteful and had an understated elegance that seemed designed to facilitate a healthy grieving process. The stuffed chicken breast I had selected based on Mr. MCL’s encouragement, however, inspired little grief. Perhaps due to a savory stuffing spiked with chicken stock, and a chicken gravy on top, it was the most chickeny piece of chicken I recall having within recent memory, easily the best chicken I’ve had at a broken chain since my trip to Maryland Fried Chicken last fall. In keeping with the fowl theme, the deviled eggs were also a pleasant experience, and reminded me of childhood Easter dinners. The remainder of the side dishes were hit or miss. The macaroni and cheese lacked the nostalgic magic that its counterpart at Morrison’s had. The cranberry salad was decent. Matty-Mark reported that his mashed potatoes tasted like they had been made with instant flakes. He had also picked up a so-so chopped steak and some above average fried chicken, which made me think the entrees Mr. MCL had recommended to us were not just his favorites, but objectively the best they had to offer.


Considering the place had “Bakery” in its official name, I had high hopes for the baked goods, but despite us being there shortly after opening time, my cornbread was cold, and tasted like it had been prepared the night before. Matty-Mark had similar complaints about the big yeasty roll he’d picked out for himself. The butter provided with these baked goods was cold, and only marginally spreadable. If I’m buying baked goods from a place that calls itself a bakery, I expect them to be freshly baked that morning, and if they’re served with hot food, I expect them to be hot. Even Cracker Barrel, a chain with ever diminishing quality of food and service still manages to crank out hot biscuits and cornbread all day every day. The cold day-old cornbread wasn’t the greatest carbohydrate calamity I’ve encountered, (That honor goes to the microwaved biscuit I had at the last operating Horne’s.) but I had much higher hopes for a chain that markets itself as offering high quality food.

I was a couple of bites into a slice of pecan pie that had an unpleasantly marshmallowy texture when Matty-Mark’s phone rang. It was my brother stranded at the salvage yard. For reasons that still have not yet been adequately explained to me, Matty-Mark had been carrying my brother’s car keys when we left the salvage yard to have lunch. We quickly got to-go boxes for our desserts and bid MCL a hasty goodbye. Despite the disappointing bakery items and questionable side dishes, I left with a generally positive opinion about MCL. The chicken was unique and tasty enough that I couldn’t help but overlook the less pleasant items on my tray. I’d like to explore other MCL locations the next time I’m in their territory, but when I do, I’ll be a little more judicious about the side dishes I pick up.

Matty-Mark and I had a memorable experience at MCL and the other broken chains we visited around Columbus that weekend, but all the interaction with the throngs of Festiva people gave me my fill of socializing. I’ll probably resume my nominal hermetic lifestyle until at least autumn. Speaking of autumn, if you’re a fan of Broken Chains and you’ll be within a reasonable driving distance of Harlan, Kentucky on the day after Thanksgiving this year, (Friday November 29, 2019) then consider joining me at the Harlan Rax in observance of Raxgiving 2019. You’ll get to celebrate Raxgiving in style by dining at one of only two surviving Rax locations that still operates an Endless Salad Bar. I’ll be there to feast and have awkward conversations with any Broken Chains fans who turn up.

Posted by Zap Actionsdower at 5:35 PM