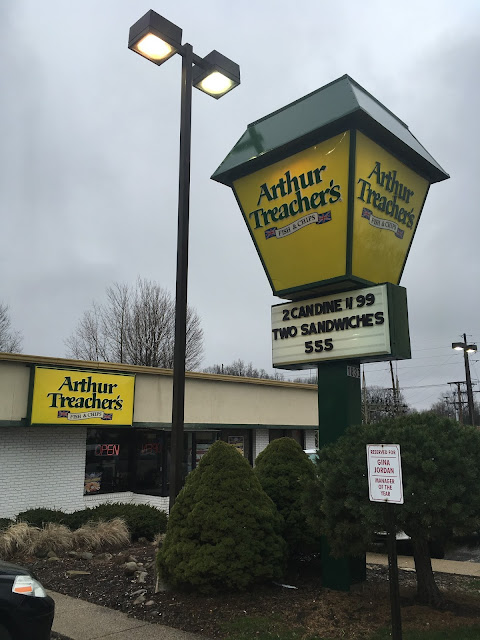 When future Kentucky governor John Y. Brown's investor group purchased Colonel Harland Sanders’ fried chicken business 1964, Brown kept the Colonel on the company payroll as a spokesperson. Sanders would appear in commercials and in person at restaurant openings essentially for the rest of his life. As a result, restaurant chains that descended from KFC directly or sought to blatantly imitate it (Lookin’ at you, Minnie Pearl!) often featured either a celebrity spokesperson or the chain’s founder appearing in marketing materials. Kenny Rogers Roasters, Ollie’s Trolley, and even Wendy’s are all somehow related to the man in the white suit.


Wendy’s founder Dave Thomas seemed to appear in every Wendy’s commercial of my childhood. In fact, he appeared in over 800 ads until his death in 2002. But before opening the first Wendy’s in 1969, Thomas was a Kentucky Fried Chicken franchisee. I suspect his decision to appear in his own commercials was heavily influenced by KFC's use of Colonel Sanders as a spokesman. Around the time Dave Thomas sold his KFC franchises back to the company, and shortly before he opened the first Wendy’s, he had a brief flirtation with seafood and yet another spokesperson.

Arthur Treacher was an English character actor who built a career for himself in the 1930s playing stereotypically British roles in films. His IMDB page shows him being credited as playing a butler at least thirteen times. The only thing I’ve seen him in is Mary Poppins, in which he played the constable. Thanks in part to regular appearances on the Merv Griffin show, Treacher was enjoying a resurgence in popularity in the 1960s. He therefore seemed the natural choice to be the spokesman for a new fish and chip restaurant concept in which Dave Thomas was an investor.

Arthur Treacher’s Fish and Chips debuted in 1968 and expanded quickly well into the 1970’s, peaking at between 800 and 900 locations. Eventually fish shortages and lawsuits filed by franchisees citing a decline in quality of the brand resulted in multiple ownership changes and bankruptcies. This led most locations closing. It probably didn’t help that Arthur Treacher himself died of natural causes at the age of 81 in 1975.

In the year 2018, no one under the age of 60 is likely to know who Arthur Treacher is, yet seven Arthur Treacher’s locations are open for business in Ohio and New York. (Some Nathan's locations also offer some Arthur Treacher's branded items.) The brand is now owned by Nathan's Famous, the hot dog eating contest people. A separate company called TruFoods has the franchising rights to the name within a certain territory. TruFoods cobrands its three New York Arthur Treacher’s, all of which are on Long Island, with their Pudgie’s Famous Chicken concept. The Ohio Arthur Treacher’s are controlled by TruFoods, are not cobranded and operate out of dedicated freestanding buildings, some of which retain vintage four-sided lantern shaped signs. It was the allure of these Ohio Arthur Treacher’s, (Plus an Arby’s operating out of an old Howard Johnson’s) that prompted me to spend a weekend in Cuyahoga Falls.

I had never eaten at an Arthur Treacher's before, and have no real nostalgic connection to the brand. Like about half the trips I take, this one was motivated by a desire to experience the final sliver of a once-great fast food empire rather than the sense of nostalgia I feel for chains like Taco Tico or G.D. Ritzy's. Unlike a lot of the places, I visit, Arthur Treacher’s parent company, TruFoods, is still actively involved in supporting them. The dining room of the Cuyahoga Falls restaurant has reasonably modern-seeming marketing signs and posters on the walls and windows. A few even seem to indicate the brand has a presence on Facebook. (As of the time of this writing, the last official post on their Facebook page was in February 2017.)


I ordered an original fish and chips platter and a Lemon Luv, a fried lemon pie. My food comes out before I can fill my drink cup, which is printed with British Flags and the chain’s logo. Despite the speed with which my order came out, the fish, fries and hush puppies taste hot and fresh. The Lemon Luv, which I suspect has been altered since the chain’s heyday, is my new favorite fast food pie. It’s lemony and creamy and is even better than Whataburger’s lemon pie. Sorry Texans. The packaging has no Arthur Treacher's or Lemon Luv branding, and instead has the logo of J&J Snack Foods' Sweet Stuffers line of fried pies. J&J Snack Foods appears to be a company that supplies pastry items to independent restaurants. If their lemon pie is any indication, they do good work. Likewise, the fries are not the short, thick British chips I expected a British themed place to have. Rather they're pre-cut frozen fries, the kind with the crinkle cut running lengthwise. If you've eaten at a Denny's in the past few years, they're just like the current Denny's fries, probably from the same supplier. Still, there's a malt vinegar bottle on every table to lend a bit of authenticity to the experience.

Often the places I visit are frozen in time once the corporate support goes away. Menu boards are sometimes decades-old, and dining areas tend to be similarly out of date. This can be charming or off-putting, depending on how well buildings are maintained. The building housing Arthur Treacher's feels surprisingly modern. I'm guessing it was built in the eighties, but the menu decor inside seems to have been updated within the past 15 years or so. The menu boards seem even newer. The vintage four-sided lantern sign is still out front in the parking lot beckoning people in off the street. It's a good blend of new and old. TruFoods is definitely attempting to keep the concept up to date and appears to be intent on growing their business.

There's fine print on every poster, and even my drink cup with numbers to call if you're interested in owning a franchise. Even the URL of their official website is www.arthurtreachersfranchising.com . I was impressed with the meal I had in Cuyahoga Falls, but I can't help but think that the appeal of a batter-dip-and-fry-everything style fast food seafood joint named for a long-dead character actor is somewhat limited in the modern marketplace. I'll be interested to see what kind of future this broken chain has. I suspect at the very least that the location I visited will be able to stay in business for quite a while longer. Everything about it seems shipshape in Bristol fashion.
Posted by Zap Actionsdower at 4:00 PM